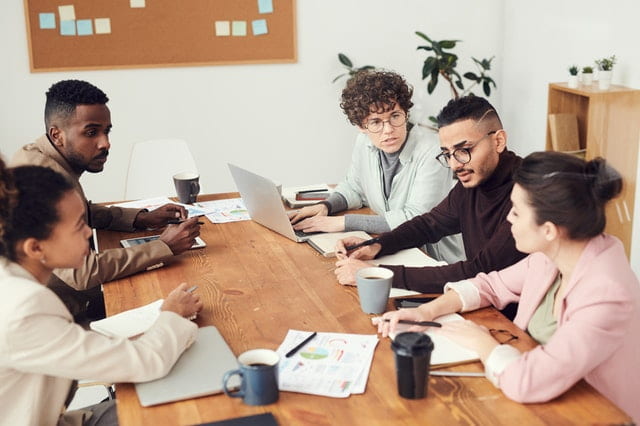 The management we know today and which thousands of managers and leaders around the world use is based on the management schools of the past.

They have created many management practices, rules, and principles with high precision. That is why these principles and practices are used in real business to this day. All the world’s universities teach these management principles because every young person should know them.

Here are the main management schools:

But although organizations are as old as civilization, by the early twentieth century, few had thought about how to manage them systematically.

The leaders were mainly interested in how the organization could make more money, how to gain more political power, but not how to manage it more effectively.

Although management practice is indeed ancient, the idea of ​​management as a scientific discipline, research field, and profession is relatively new.

It was not until the beginning of the twentieth century that governance emerged as an independent field of human knowledge. Frederick Taylor’s book Principles of Scientific Governance, published in 1911, aroused a genuine interest in governance.

Its emergence is seen as the beginning of the recognition that an organization can be managed systematically and effectively to achieve its goals.

The changes that took place in scientific thought in the early twentieth century stimulated researchers in the field of management to develop approaches, methods, and concepts that found a place in any of the management schools at the time.

Briefly, attention will be focused on early management schools that are considered veterans in management.

In 1885 the so-called A school of scientific management whose ideas were considered revolutionary in the development of managerial thought until 1920.

The school is associated with the names and research of Frederick Taylor, Frank, and Lilia Gilbert, and Henry Gant. They aim to improve the performance of manual operations through observations, measurements, logic, and analysis.

The goal they pursue is for the worker with the least expenditure of physical and mental energy to effectively perform one or a set of operations. As a result of the information obtained after the research, Frank and Lilia Gilbert designed new work operations.

It is characteristic of this school that, although timidly, its representatives have turned to the human factor.

Another serious achievement is the selection of workers who are physically and intellectually responsible for the work they perform. However, the school’s contribution concerns only the management of production.

However, it represents a turning point in the development of managerial thought. Business management is recognized as an independent field of research.

Chronologically, the next school to appear in 1920 was the Classical / Administrative / School, and its founder was considered to be Henri Fayol, head of a large French coal company.

His merit is expressed in the formulation of fourteen universal principles of governance.

The ideas of the classical school attracted the interest of the rulers until 1950, but for its time there were great opponents.

Representatives of the School of Scientific Management and the Classical School recognized the importance of the human factor but reduced it mainly to fair pay and economic incentives.

As the relations between the employees in the organization remained formal.

In 1930, another school emerged, that of human relations with the founders’ Mary Parker Follett and Elton Mayo.

Mary Follett first defined management as “ensuring that work is done with the help of others,” and Elton Mayo’s famous experiment at the Western Electric plant in Hawthorne opened a new era in management theory.

As a result of this experiment, Mayo draws an important conclusion: “Human factors, especially social interaction and group behavior, have a particular influence on individual productivity.” The school of human relations dominated the theory of management until the 1950s.

At the same time, the American researcher Abraham Maslow and other psychologists figured out the reasons underlying individual and group behavior.

According to them, the basis of human actions is not economic forces, as the supporters of the school of scientific management thought, but different needs. They can be partially and completely satisfied or simply dissatisfied.

In 1950, the attention of scientists was drawn to another school called Behavioral. Its representatives are Chris Argyris, Rencis Likard, and Douglas McGregor.

They studied various aspects of social interaction, motivation, the nature of power and authority, organizational structure, communications in management, leadership, and quality of working life.

The behavioral school focuses mainly on interpersonal relationships in the organization. Its main goal is to increase efficiency in an organization at the expense of increasing the efficiency of human resources.

In the ’60s the school gained great popularity, and for its time, was considered the “best and only”.

In the early 1950s, the Quantitative Approach also emerged. The strongest impetus for its development is provided by the computer, which makes it possible to create large-scale and complex models that are more accurate and adequate.

The most essential feature of this school comes down to the replacement of verbal reasoning and descriptions with an analysis of patterns, symbols, and quantitative meanings.

But this approach became interesting only later in the 1990s when managers were well enough acquainted with the possibilities and applications of complex quantitative methods and information technology.

The second half of the twentieth century is characterized by another approach called Process.

Management in it is presented as a process, ie. as a series of continuous and interconnected actions.

The management process is considered as a sum of several functions – planning, organizing, motivating, and controlling.

Motivation is the creation of internal motivation for action, which is the result of a complex set of needs that are constantly changing.

Control is a process by which the top management of an organization understands whether it is achieving its goals or is seriously deviating from its implementation.

All four management functions have two common characteristics – all need decision-making and all need communication, ie. from the exchange of information.

George Brown is a lecturer in project management and Agile practices and is the author of the articles on this educational website. View all posts by George Brown